Car-nar-von was the conclusion of my month-long residency with Carn, Caernarfon (March 2018). The residency looked at me in search of the real town. I wanted to investigate the town and put on a performance that connected to a family holiday with relatives that concluded with us be dumped in Bundaberg, Queensland. Three days’ drive from flight home in Sydney.

I found the real town not just the tourist part around the castle. Such a wealth of history friendly faces and a will to survive. As the work documented on my take over of the Carn Instagram. The words I performed at the end were a trilogy of response to My Uncle who played the main part in leaving us who we have never spoken to since (this happened in 1996). As part of the residency, I approached the local community to take part in a photography workshop.

The three poems raise the question of longing distance and unanswered questions. I also invited Welsh Musician and performance poet Sian Miriam and poet Rhys Trimble to contribute. I found it pretty brutal to perform. Sometimes wearing your heart on your sleeve can have positive effects, it’s just how you control it? 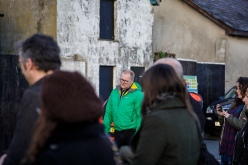 BBC News – Believing is seeing: What lies behind some iconic photos?.

Please watch the above

All the many things we ask about an image. Is Photographer drive for social or economic change, a moment of chance, to show an experience.

I don’t disagree in the essence of the skull been moved as it was at the time trying to get a point across of the level of a national issue. However the Iwa Jima image is the other end of the scale. it was something that was spontaneous and missed. Then recreated in an act of power led by Generals. I think this is covered very well in the Clint Eastwood film Letters from Iwa Jima.

Striking while the irons hot is not always great in the long run. Did paris Fail or did i Fail Paris?

Paris Photo 2010 at this moment in time feels like The Clash Signing to Capitol Records. Did they or did they not sell out. Am i more wiser to the whole corporate side of the photo extraordinary. Thing at the back of my mind was Brighton Biennial was better. I noticed a few things the main one being the amount of adverts in the book you get on the door. I just seemed to be embracing the dollar rather than the dergenotype.

The first thing to catch my eye was the work of Mitch Epstien the image taken from his American Power series. The image was a large aluminium A-0 print. It showed some kind of NYPD look out/guard. Who’s blue uniform stuck you first in the images darkness. He was looking out through his binoculars this creates the first sense of unease in the image. Your eyes then pull to the large sweeping stairs behind the officer. Giving you a sense of scale of what the man is in power of. Last of all you are pulled to the pump-action shot-gun on the table. This the smallest item in the image is the shock factor. Showing how Epstien try’s to document the people in the land of the free who hold the power. I Found a wonderful set of images by Eve Susman.

She had taken the standard from the car window shoot that has been familiar over the years. I thought Sussmen had just taken advantage of the the tinted windows in the car until we seen one of the image was polarized at the top with the over exposed at the bottom. A good solid set of images pushing a standard topic of shooting through a window.

I guess when the above image was taken it may not have had the social impact that we Know associate with the World Trade Centre so i guess i can only talk about how i viewed the image. I just found the bird linking the two buildings so powerful.The thought of flight taken the the total juxtaposition we visualize today. Th gray of the images add to the distant memories people see unfold. Raymond Depardon work of almost isolation of houses in amongst a clutter of streets pulling through the individuality and craftsmanship of french architecture. I think Depardon for me a massive type of the hat of what im trying to achieve with my Maps: empty Spaces project 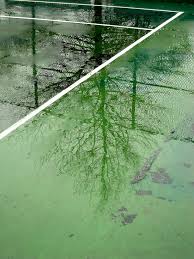 is simplistic and beautiful in many ways. the images although taken on wet miserable day still has a relaxing reflective feel to it. The clever use of the green enhances the lack of foliage on the tree. This possibly reduces some of the negativity the image may have is it was showing the sky in it as well.

Tom Hunter‘s work he is structured around the classical paintings of the past. He works his own modern-day interpretation by recreating the painting in a modern ay setting. I’m not sure where i stand with this process but if nothing else its clever and his use of retitling his image defiantly ads and give it credibility.

It was really nice to see Richard Billinghams image of himself, young child and  father. Who was documented in the book rays laugh where billingham documents the troubles yet strong love of his father and mother in the difficult life conditions of their Birmingham tower block accommodation. 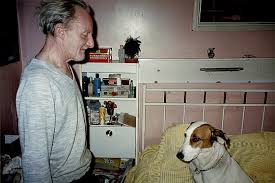 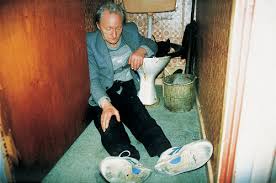 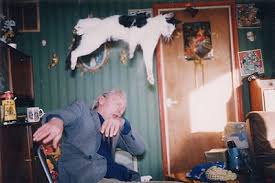 For me this image brings closure of what happened after the book(as shown Above). The book almost leaves you with a lump in your throat at the deprivation. Some again may see this as exploitation, taken advantage of a inn cohesive alcoholic. When putting the images into context I guess people find this as way to coupe with how they have been brought up in the world. 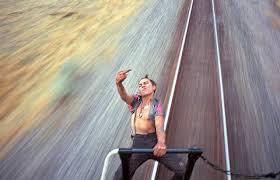 Mike brodies work of cross processed images was a full set of images showing a group of punks in America. Just so powerful in an undesirable state of anarchism. The Nihilismtic feel that goes with the full body of work transcribes itself to almost a feel of the Mad Max films.

I was disappointed with my under par performance or maybe I’m just getting more refined in my old age.  I would say my favorite body of work was exquisite was the exhibition of Andre Kertesz life works 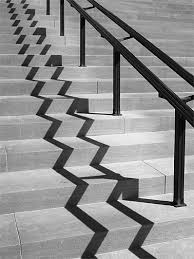 I always try to push and push to find everything out there but i would say most photographers have very little expression on how a capture scene subject or situation. I think from my collection of images below Kertesz has successfully infiltrated the mass random canvas of my mind…

Kurtesz was quoted as saying

raison d’être meaning reason for existence was written in the exhibition. I think this is a very powerful statement i find it hard to break it down but to me it just makes sense in the way that i capture things. I don’t know why I do it I just do. Hopefully that doesn’t sound like a cop-out from breaking it down. Kertsez work seem like image of fine art they are so tight in there composition.

So im yet to decide if Paris 2010 will stand as an iconic moment in photographic journey. I was really disapointed to miss out on the Gaza W

Exhibition thats was in the french museum of modern art. I feel this would have given the trip a nice full stop in my mind. Every i have gone in the past ive ended on a peach of an exhibition the first year it was Lee Miller then Last year it was Robert Frank Diane Arbus and Henri Carier Bresson. I just didn’t feel any excitement which gallery’s often create for me.

I think this image contrasts two genres. You have seascape and almost an element of street photography. The relaxing feel of the sea is an image we often view. Its interesting the way the horizon is totally level on the Pacific looking out over St. Kilda Beach, Melbourne, Australia. However its the to people who really catch my eye. Katrin Koening catches  the lady is on the larger side. Adding to some clever lens skill. I would say from a telephoto at distance. the lady blocks out the man almost. It would be fitting to see it among Diane Arbus body of work

The marvel of Edward Burtynsky. He works off the theme of creating landscapes of what we humans have created on our planet. Which generally seems to be destruction and infiltration of our land. He never comments on what his message is of the images he captures. I can see the beauty in them but i feel he is trying to make people aware of what is going on over fences and in blackened holes. It looks like a black hole from space it is actually a nickel mining pit from Western Australia. I find the images empowering in surreal way. The lighting on the image is perfect the direction in which the shafts of light capture the side. Looking at it im wondering is there some kind of artificial light source on the stairs

made me think of the images you see of elephants under water. Water is a great leveler once in its control we are all equal. The fact that the girl is holding her breath and her nose is online with the leg. Which as an elephant would use to breath under water. I would maybe think the image was taken late in the day or there is some artificial light source of a indoor pool